Reel Irish documents the hidden world of Irish dancing in Britain. The program reaches beyond the glamour of the Riverdance phenomenon to look at the experiences of the ordinary women who passed down their traditions through the generations.

Reel Irish is about the importance of belonging. 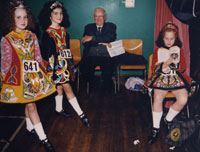 Reel Irish is built around the narrative backbone of a third generation Irish 10 year old girl as she competes in her first Feis (dancing competition) in London in 1997. Intercut with this are interviews with dancers, family groups and individuals covering four generations of Irish women in Britain.

The focus on the women in the program reflects the female dominance of the Irish dancing scene and emphasises their role in passing on cultural tradition within both the family and the wider community. 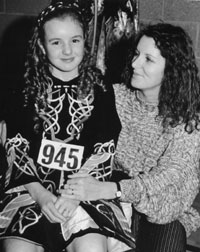 Reel Irish thus covers the full gamut of the Irish female emigrant experience from the near slavery of domestics in the 30’s to the new sexually liberated economically mobile twenty-somethings of the 90’s, all linked by their connection with Irish dance.

Produced and directed by Enda Murray