Since its inception in 1999, Virus Media has been active in TV, radio and multimedia. Director Dr Enda Murray combines a strong background in media production with academic rigour and innovative flair.

Virus Media’s first major project was Road, a broadcast drama devised and acted by young Aboriginal people in the Redfern area of Sydney. The 26 minute film was shot on 35mm with a budget of $270K raised from the AFC Indigenous Unit, SBSi, NSWFTO, Department of Immigration and Multicultural Affairs and the Australia Council.

Virus Media with the support of the Australia Council and the NSW Ministry for the Arts developed an innovative internet arts project, Virtual Palestine. This project was developed with young Arabic people in Western Sydney and provided a virtual space for the Palestinian community worldwide to communicate and share artwork on the web.

In 2006 Virus Media produced a short feature comedy, Jammin’ in the Middle E, again working with Arabic young people in Western Sydney. The project was devised using a workshop approach and used real life stories from the lives of the young amateur cast as the starting point for the screenplay. The project also included a companion documentary Habibi Jammin’.

Virus Media has produced several radio documentaries for the ABC’s Radio National on fringe communities in Australian society. These include Dereb – A Portrait of an Ethiopian musician living in Sydney, Wired Palestine – about the use of the internet in the Middle East Conflict and Earthdream – about a travelling anarcho-punk eco-activist music circus.

Dr Enda Murray is an award-winning filmmaker with extensive experience in program making having lived and worked in Ireland, England, Europe, USA and Australia. Educated at Trinity College Dublin and St. Martin’s School of Art in London, and with a PhD from the University of Western Sydney, his academic and filmmaking practice focuses on community, social justice and popular culture.

Previous films include Sound System about Jamaican sound systems in Birmingham for Central TV in 1994 , Gaelic Girls about Irish women emigrants playing Irish rules football in Sydney in 1997 and Reel Irish about three generations of Irish dancers in Britain in 1998.

His PhD film,  Secret Family Recipes explores his personal connection with his family and his ties to Ireland, his country of birth.

Enda Murray is a pioneer of live vjaying and performed at clubs and raves both legal and dodgy from Wolverhampton to Woolloomooloo including the Hacienda in Manchester, Heaven and Megadog in London and the Glastonbury Festival of Performing Arts.

Enda Murray is the founder and creative director of the Irish Australian Film Festival. 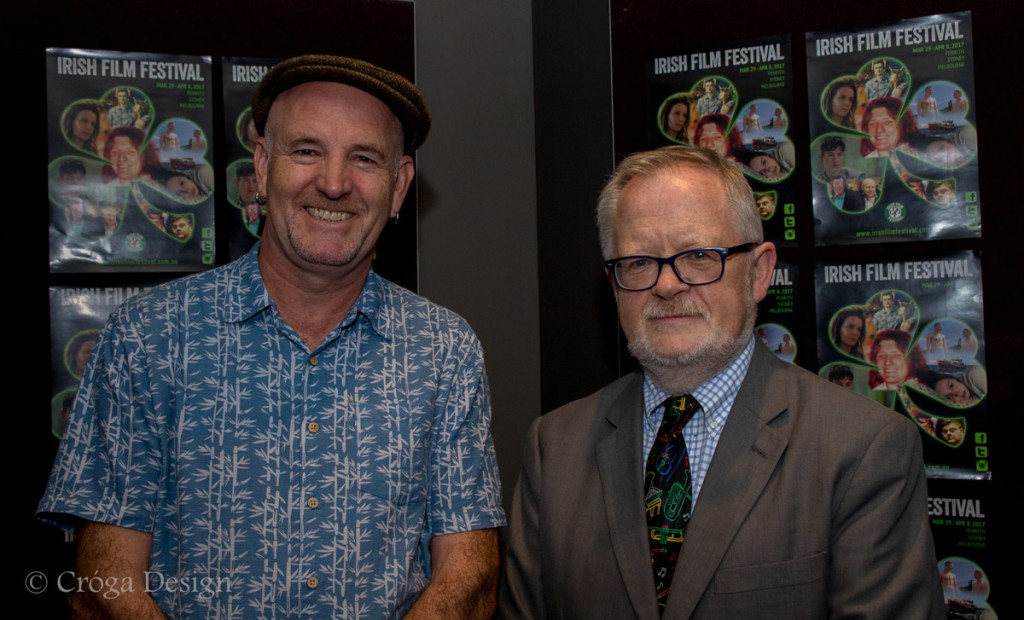